Friendship Is Magic Games a Part Of My Little Pony Film

As you know, the content of Friendship is magic is Twilight Sparkle and her friends, they must find a way to rescue Equestria Land. On that way, they have many difficulties but they can pass over thank to their union. In this part, Everyone aks Twilight Sparkle's help rebuild her home of Ponyville after it fell into the shadow of the villainous Nightmare Moon. 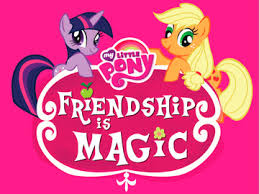 After that, Nightmare Moon discard a dark shadow over Ponyville, emptying it of its inhabitants and buildings. Twilight Sparkle and her assistant Spike want to reconstruct Ponyville with her friends such as Applejack, Fluttershy, Pinkie Pie, Rainbow Dash, and Rarity. Because Nightmare Moon. harms people in Ponyville, so everyone wants to get her out of Ponyville. In Friendship is magic, the players must helps Twilight Sparkle by constructing homes for her pony friends through purchasing them from the game's internal store. When the ponies come here, the players can business and asign pony work here. Each business must create the product in the time and then the player use those products. And the players collect good the products, they have amount or bits ((in-game currency), The ponies can get point much or less, it depends on the playing skill of players such as catching falling apples or bouncing a ball continuously.

In each game, there are the instructions details, the players can follow them to build the town or to perform other activities or clean up shadow-covered land to expand buildable space, clear away debris, or add decorative objects in town. The players can edit the placement of any buildings and decorations as desired after initial purchase. The players must finish their task as soon as possible and collect the bits as many as possible. Then you can use bits to by ponies and buildings or create the gems. If you have many gems, you can buy new building, or a business very quickly. 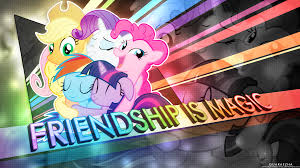