Unicorn The Creature Brings Luck For Us

We know that luck is very important in life. And for centuries luck has been part of people's everyday life and they have come up with various theories of how to attract it Each culture has a different notion for luck. The different cultures believe that there are not only certain lucky symbols such as the four-leaf clover but also many animals with special energy that can attract good luck. The animals that people think can bring good luck such as Rabbit, Dolphin, Cricket, Goldfish, Elephant, Frog, Horse, Pig, Tiger, Ladybug, Unicorn, Dragon, Phoenix. Today, we will learn about Lucky Mythical Creatures, that is Unicorn. Unicorn is a symbol of strength and purity and in many parts of the world, it is considered a bringer of good luck. Until now, people only know Unicorn through documents and traces left.
The unicorn is a legendary creature that has been described since antiquity as a beast with a single large, pointed, spiraling horn projecting from its forehead. Unicorn has appearance as horse but they have only a horn. The unicorn was depicted in ancient seals of the Indus Valley Civilization and was mentioned by the ancient Greeks in accounts of natural history by various writers, including Ctesias, Strabo, Pliny the Younger, Aelian and Cosmas Indicopleustes. The Bible also describes an animal, the re'em, which some versions translate as unicorn. In European folklore, the unicorn is often depicted as a white horse-like or goat-like animal with a long horn and cloven hooves (sometimes a goat's beard) but in the Middle Ages and Renaissance, it was commonly described as an extremely wild woodland creature, a symbol of purity and grace, which could be captured only by a virgin. And in the encyclopedias, its horn was said to have the power to render poisoned water potable and to heal sickness. In medieval and Renaissance times, the tusk of the narwhal was sometimes sold as unicorn horn.
Each country has different Unicorn for example, the unicorn is Scotland’s national animal for a reason. They think that Unicorn is a symbol of strength and purity and in many parts of the world, it is considered a bringer of good luck. In our Vietnamese culture, the unicorn is considered a sacred mythical animal. They put Unicorn images in the pagodas, office, place that Unicorn can bring the luck for us. 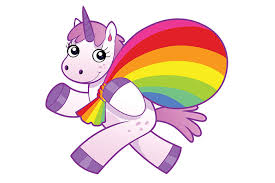 They can also put Unicorn statue in office, company, shop, house,..Unicorns will bring the luck and peace. It is believed that it is a strong and faithful animal and a symbol of mercy. It is also an interesting fact that for years many cultures believed that the unicorn was a real animal. According to some sources even the Greek philosopher Aristotle concluded that the unicorns existed but did not hold any magical powers. It is also true, however, that according to many legends, real or not the unicorns were responsible for many miracles and the positive turnout of many complicated situations. Nowadays, you can try to attract its positive qualities and good luck by keeping a unicorn porcelain statuette in your home or by wearing a small unicorn jewel. However, they still believe that Unicorn brings peace to everyone, and is conducive to business

Long ago, unicorns are mythical doesn’t mean they haven’t had a real impact on history. Just ask a narwhal! Find out everything you need to know about unicorns as you prepare to celebrate National Unicorn Day on April 9. As the different documents, Unicorn has different images. The first known for example depiction of a unicorn—found in the Lascaux Caves of modern-day France dates to around 15,000 BCE! Or so people thought, until they realized that the so-called Lascaux unicorn had two horns, drawn confusingly close together. Unicorn have an important place in life. Today, you can see Unicorn images in the pagoda, temple, book,..You can find out easily Unicorn information in the Unicorn site on internet with the Unicorn images, Unicorn games, Unicorn coloring pages for learning and for entertainment. According to another document, the meanings of the word Unicorn can be traced back to Middle English via Old French and come from the Latin Unicornis. Unicorn is defined as an animal with one horn.

Unicorns are generally considered mythical animals and are typically represented as a white horse with a single straight and often spiraled horn projecting from its forehead. Legend has it that the creature is tireless when pursued, yet falls meekly to the ground when approached by someone with a pure heart. It is reputed to live for a thousand years and to be the noblest of animals.
Meaning of Unicorn is the innocence, feminine energy, and magic. You can find the document for Unicorn in fantasy novels, children’s books, and other mythical stories throughout the ages. They are very interesting because mythical animal information captivates our imagination. It creates attraction and curiosity.
Unicorn coloring brings fun and the inquiry for children, it is always interesting. Children are always interested in exploring the world around them, Unicorn creates interest in children. Unicorns are strongly associated with the feminine and as such have traditionally appeared as a symbol of chastity, the divine power that nurtures all living things, and an emblem of the word of divine presence. This is why it is often said that only a virgin can catch a Unicorn.
Unicorn is a topic for children and everyone to make adventure everywhere and every time. Each child needs an environment to develop and learn. Parents and adults have a responsibility to create a useful condition for them. They must develop physical and mental 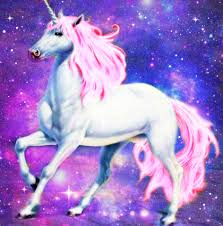 Unicorns have also long been a representation of the Moon. When they talk to the moon, they think about peace. They think that the moon represents peace. Because of Unicorn's beautiful features that people love and worship them. Often considered the most wondrous of all mythical creatures, the unicorn is also a symbol of magic, miracles, and enchantment. The magical and enchanting unicorn appears to only a rare few and has the ability to bestow magic, miracles and wisdom to those who are pure of heart and virtuous in their deeds.
Luck and peace are the necessary thing for everyone. Unicorn can bring all for you. So, people like put Unicorn image in the sacred and important place in house and office. Unicorm image is always uplifted.
In some document, the unicorn started as a fierce creature found in the furthest corners of the known world. It had the head of a stag, the feet of an elephant and the tail of boar.
Unicorn is always peace image for everyone. You can use Unicorn coloring for an entertainment and education channel for children. Here they can enjoy learning while playing. This is a good and useful channel for all children.
Nowadays, the unicorn is strongly associated with vibrant imagination and a sense of wonder. Present in numerous children books, it also appeals to adults because of its mysterious and fantastic attributes.
The unicorn is one of a very few mythical creatures that is considered to be beneficial in almost all traditions. Through many different cultures the unicorn is universally beautiful, mysterious, and difficult to capture or tame.
Ever, Unicorn is a rare creature. They are mentioned as a sacred creatures and bring peace to everyone. Unicorns have a place in Greek mythology, Chinese traditions, in the art of the Indus Valley and India. Greek writers including Pliny the Elder and Aristotle mention the unicorn in their writings. Translators of the Hebrew Bible used “unicorn” for the word “re’em” and give at least eight mentions of the unicorn in the Old Testament. 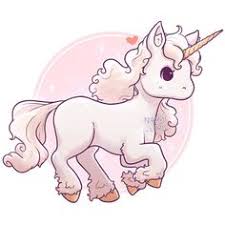 Until now, people still do not know whether the unicorn is real or not. If real, extremely rare in numbers. In all the creatures of myth and legend such as dragon, Unicorn, mermaid, fairy, werewolf, leprechaun, sphinx, loch ness monster ,.. the unicorn is the most beautiful and the most beloved. They think often that this is fierce and proud animal but they are noble and kind. And while many magical creatures portend danger, the unicorn usually brings good luck.
For centuries, Europeans believed in the unicorn as a real animal that lived in a foreign country, such as India, Persia, or Abyssinia. It was not a magical beast, but a specimen of foreign zoology. We believe always that Unicorn has always had mystical qualities, and gradually these overtook the animal’s purely zoological interest. Nowadays, almost everyone agrees that unicorns are magical, mythical beasts…even those who still believe in them!
Unicorn brings the luck for everyone. And luck brings happiness for us in Life. Happiness always determines our life. You have success or failure, it depends on the our happiness.
Because they think that Unicorn brings luck for everyone in all case. So, we must respect the Unicorn image, state and they can put them in house or office to have aims to bring good luck to us. Nowadays, there are many sites that provide Unicorn information. You can find them easily on the internet. Gamesmylittlepony.com is a free site that have full Unicorns information such as Unicorn coloring pages, Unicorn images, Unicorn games,.. All are free here and we update new game daily. We are here and ready to give the answering for you about Unicorn. Besides Unicorn, you can enjoy everything to relate My Little Pony such as My Little Pony games, My Little Pony Pictures, My Little Pony Coloring Pages,..All are on our site. You can recommend your friends, your relatives and your children to come here. You can enjoy this entertainment channel in your free time.