We know that the My Little Pony character is very cute. If you are finding the entertainment channel, please come to our website!

How many characters can you know in my little pony? There are a lot of characters in my little pony. In this article, I would like to recommend some Bovine and other non-pony character. They are the supporting characters but they play the important role in the series film. It composes Steven Magnet, Little Strongheart and Chief Thunderhooves. You will see that each character has a personality and shades different. And each character appears in the episode different. The first character that I will introduce with you is Steven Magnet, is a male sea serpent. He appears in the episode Friendship is Magic, part 2. Although he doesn't appear to much in the series film, we know clear about him by his personality and his appearance. 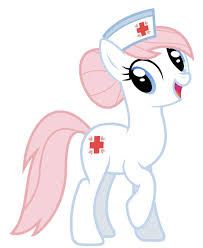 Little Strongheart is a young female buffalo, she appears in Over a Barrel, Pinkie Pride, and Friends Forever Issue 31. Her name is in the style of a traditional Native American name, and her feathered headband is also part of the Native American motif shared among the buffalo herd. She is very gentle, cute and friendly. Everyone loves her because of her personality. Chief Thunderhooves is a supporting and a male minotaur. He appears in Putting Your Hoof Down, Once Upon a Zeppelin and in the IDW comics' Friends Forever Issue #10 and Siege of the Crystal Empire. He is a manager and in this episode, he travels around Equestria, holding assertiveness seminars.