Unknown Things About My Little Pony

It is said that My Little Pony is designed for the baby girls. If you have the change be at the cinema, you know how this My Little Pony is famous, especially girls. They look very excited when the first image of the horse appeared. It needs only five minutes, you will know íts excited. Throughout the movie is colored by rainbow, butterfly, balloon and ... horse, that's right, because this is a movie about horses, ponies. 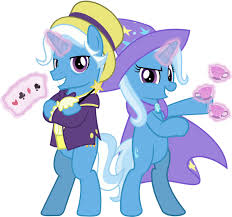 This movie caused us a lot of confusing things, first of all, this is a children's movie but the names of characters are long and many sometimes, the age people cannot remember all but the children remember each character. As you know the My Litt;e Pony content is to tell about Twilight Sparkle's journey saves the kingdom and the friends at the Equestria Land. Because they is attacked by a group of strangers appear by airship, the commander is a horse capable of creating thunder. They attacked the kingdom and captured the princesses to gain their magic for at this Land. Six main characters in this film compose Twilight Sparkle, Rainbow Dash, Pinkie Pie, Fluttershy, Rarity and Apple Jack. Looking through this content, we will see that it is very familiar "Princess save the kingdom". But the film's rhyme is slow and less moving climates make powerful anesthetic for the audiences. 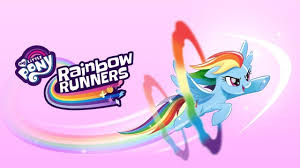 There are many characters in the film series and each character has a different personality and shade. And the film's success is to portray clearly for them. The main song in this film is shown by Sia. It is very good and the children love much. This film is much invested about the image and color. They are polished thoroughly and look very amazing. The film is about friendship, so the children can receive many lessons about friendship, love and humanity. The horses make friendship in the film as an instinct without any doubt. The film is a dream comedy, "chalk" of color, friendship, magic and the horse. And it is loved by everyone.